Sir John Franklin’s ill-fated expedition to the North-West Passage has often been in the news ever since he left England on the 19th May, 1845 never to return. Successive searches throughout the 19th century eventually found artefacts and human remains. But it was not until 2014 the wreck of Franklin’s ship, HMS Erebus was found and two years later the wreck of HMS Terror. Now the extraordinary story of HMS Erebus is receiving new publicity thanks to the publication of Michael Palin’s new book – ‘Erebus : the story of a ship’. Whilst the earliest searches did not find any traces of Franklin and his crew, one of them, led by Captain Kellett did find this amazing mammoth tusk. More here

The Sedgwick Museum’s Ice Age exhibit, tells the story of the latter part of the ‘Ice Age’ as experienced in the east of England. The exhibit uses the amazing animal and plants remains recovered from historic sites near Cambridge, at Barrington, Barnwell and Burwell to show the extraordinary variety of animals that lived in the area. They ranged from warm climate hippos, rhinos, elephant, lion and hyena to cold adapted woolly mammoth and woolly rhino. They illustrate the dramatic impact that climate change had on life and environments during a typical interglacial-glacial-interglacial cycle.

Recent finds have been made during the new A14 construction including woolly mammoth and woolly rhino at Fenstanton. More here 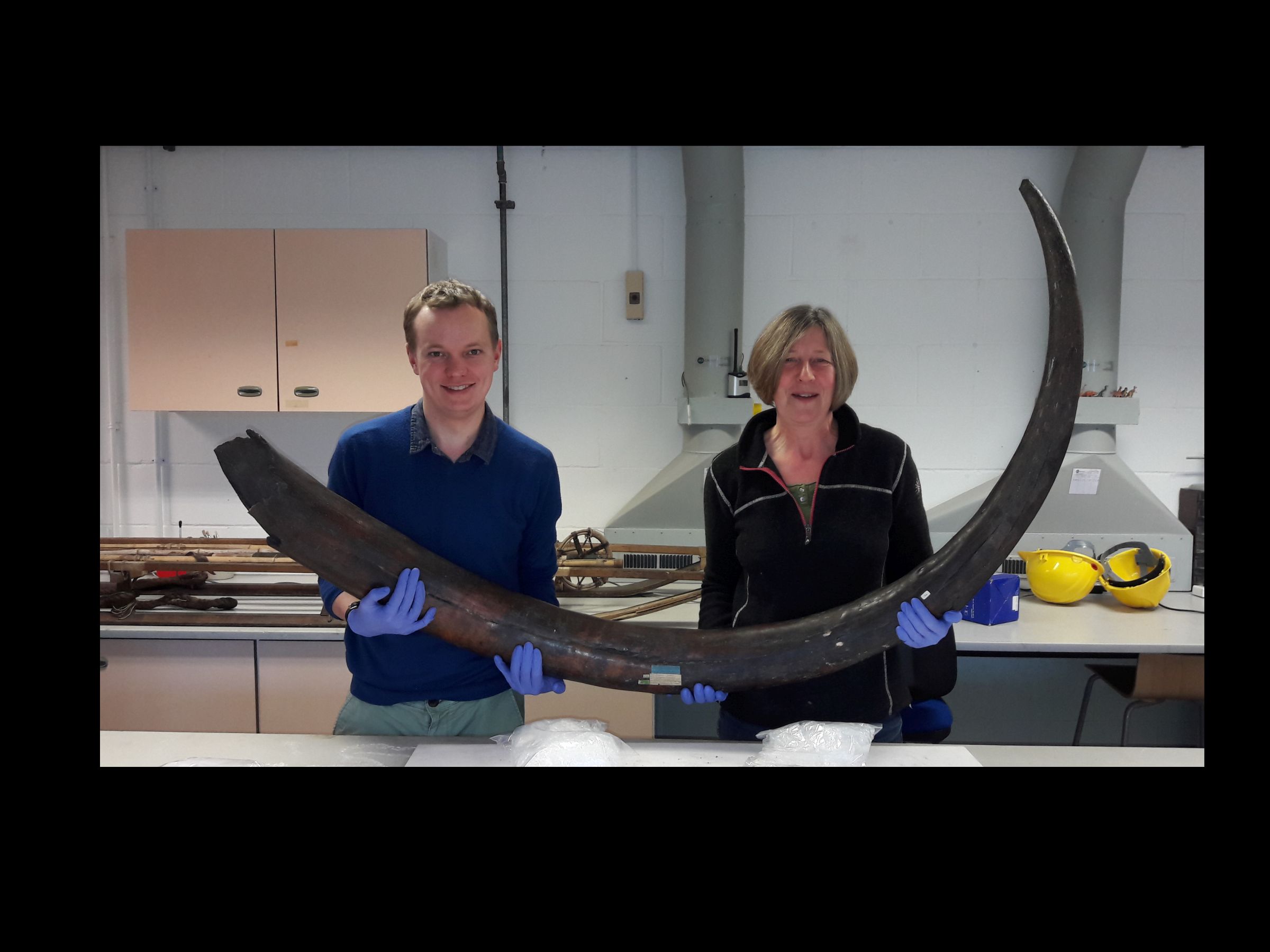 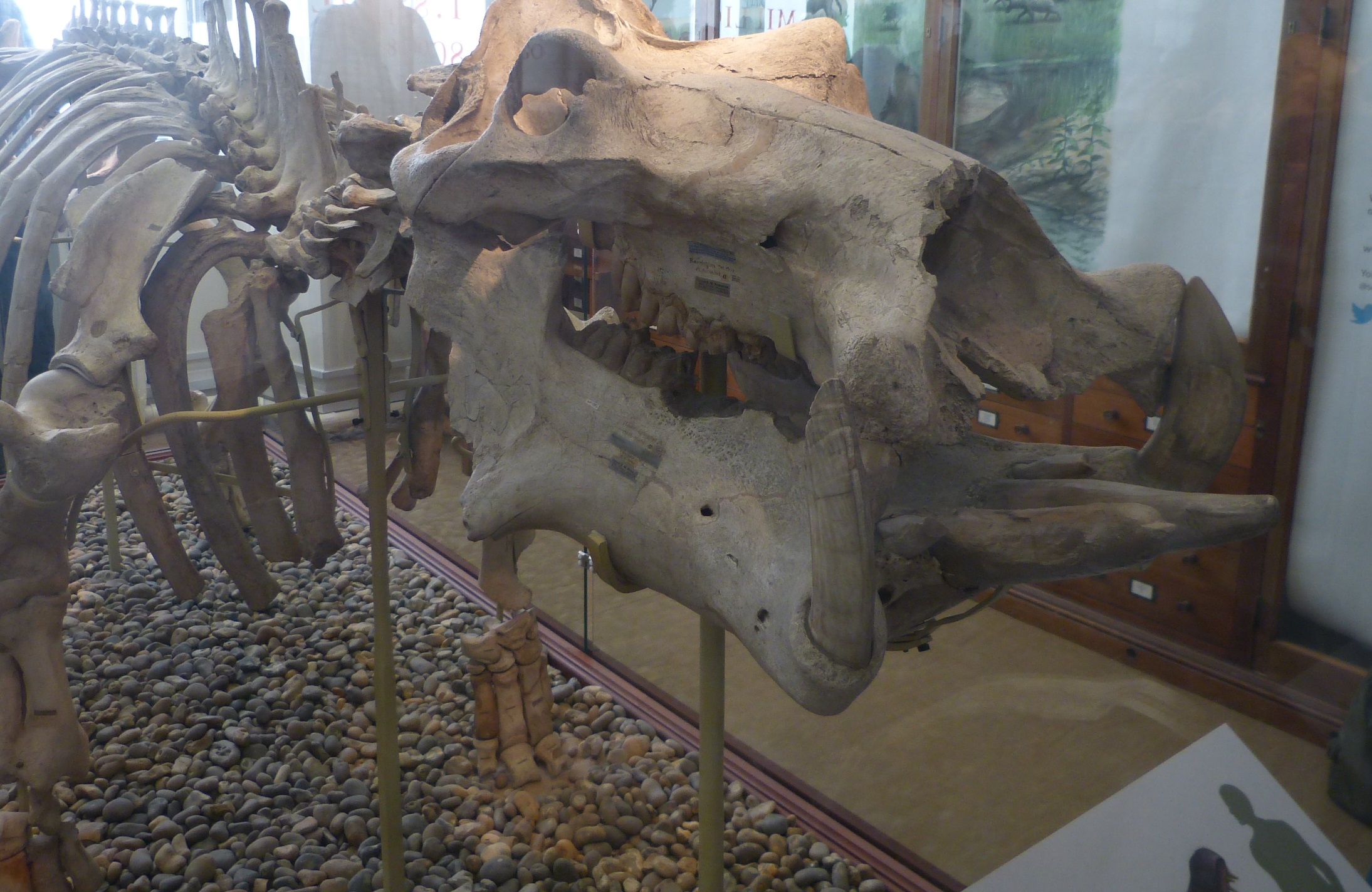 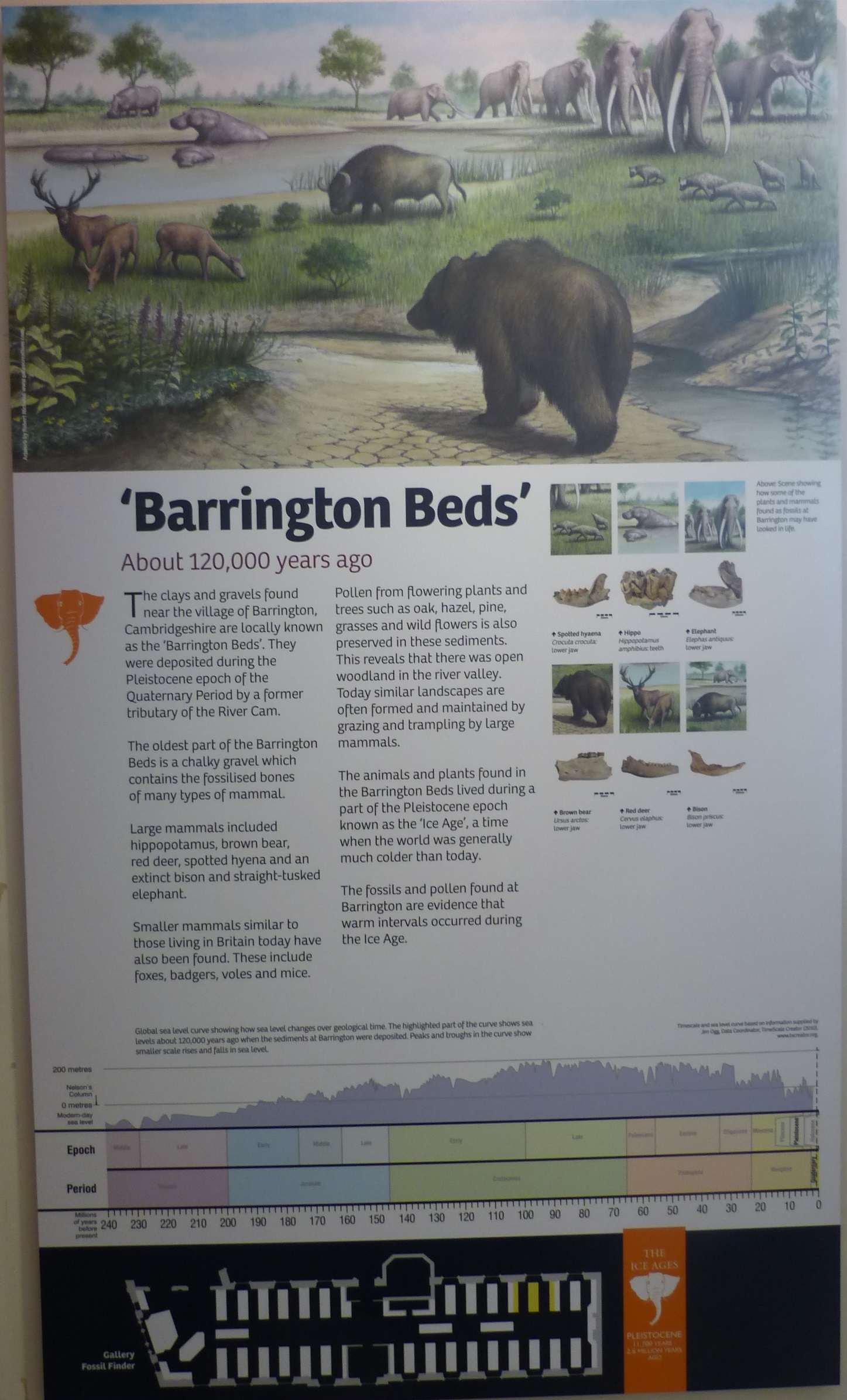 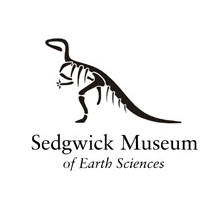 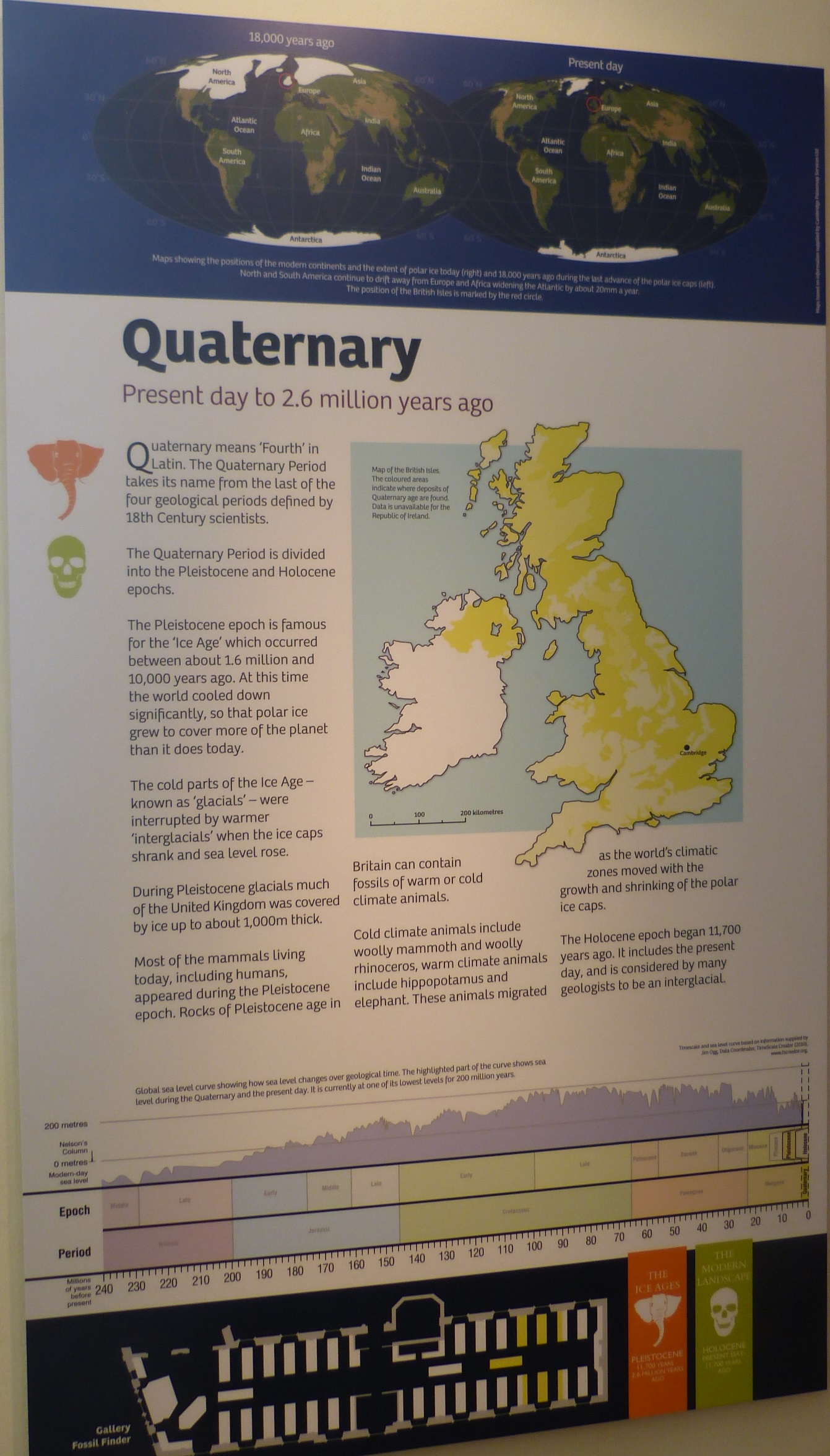 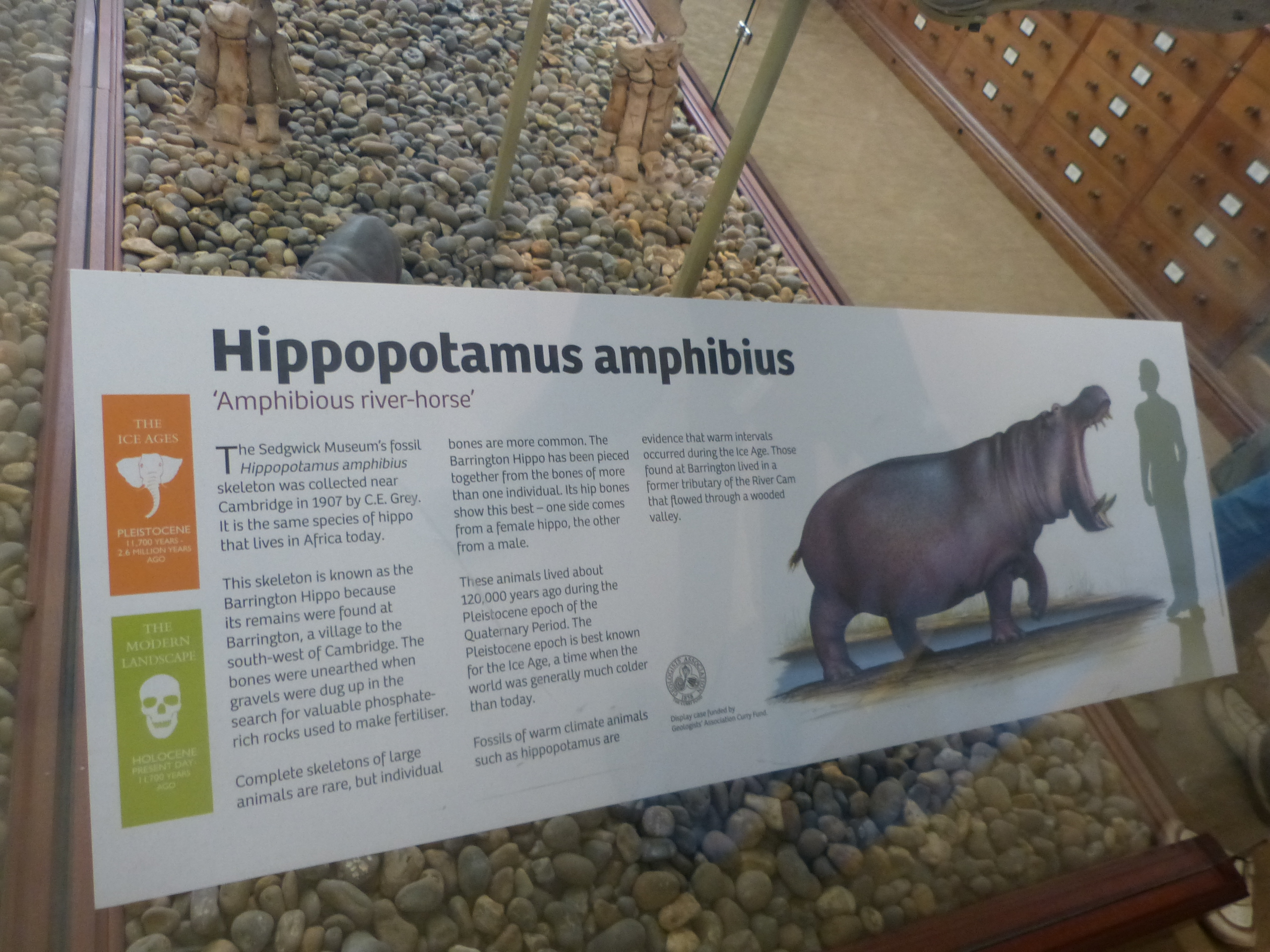 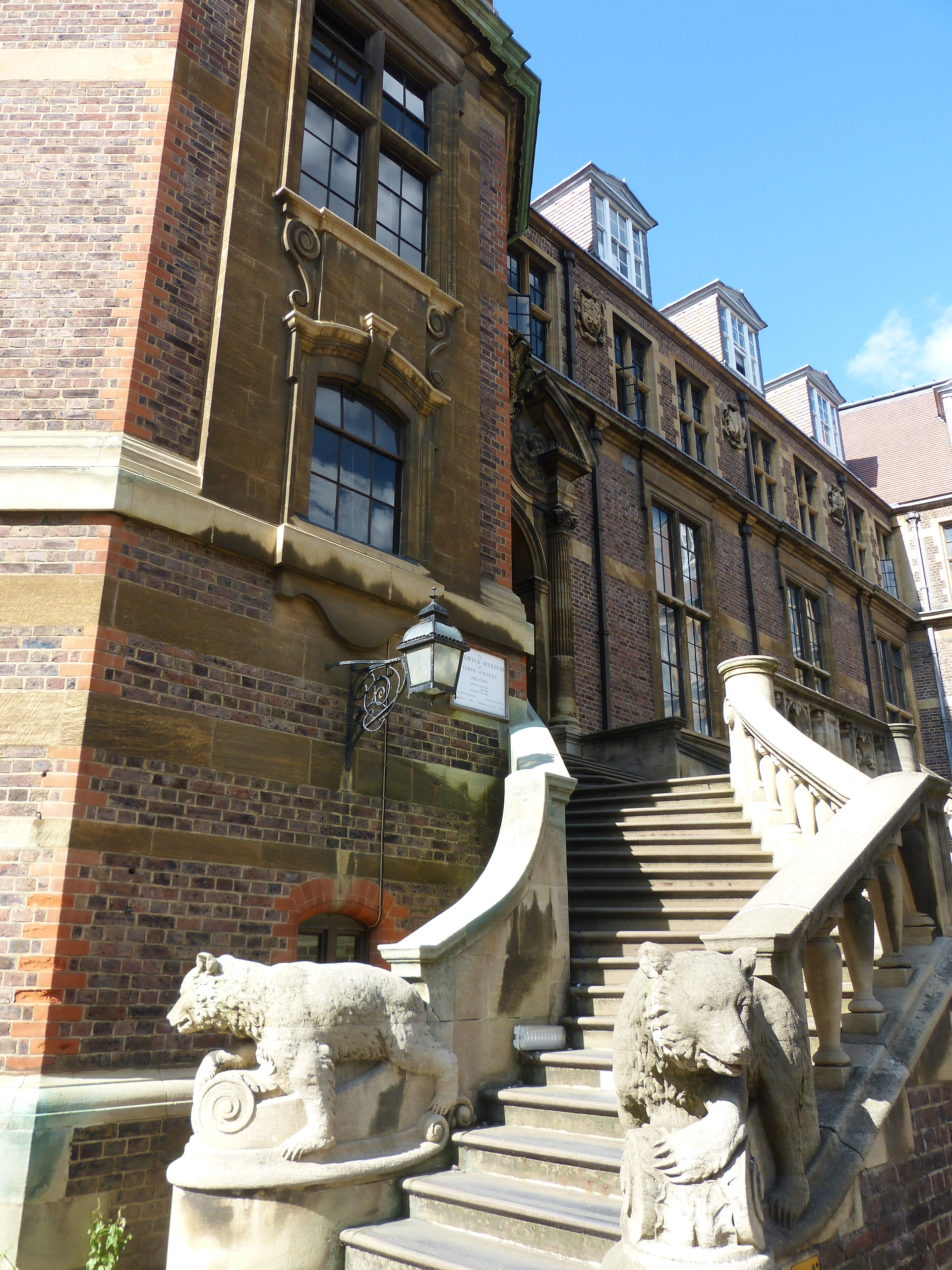