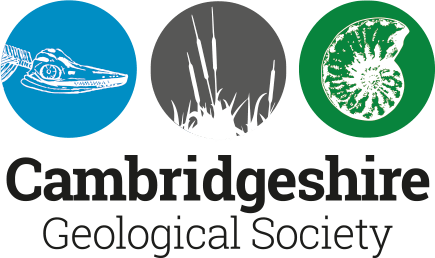 The extensive fenlands of eastern England reach far to the north into Lincolnshire, and south throughout much of Cambridgeshire. As the land rises from the low lying fens to the surrounding ‘hills’, the character of the buildings, land use and natural history changes. The influence of the chalk hills to the south east, the claylands to the west, the breckland to the east and the limestone uplands to the north west, have all had their effect. At various times in the last few thousand years, the fenland has been flooded and, at the Fen Edge, the land changed from extensive wetland to dryer land where settlements could be built. The surrounding higher land now provides viewpoints that are windows into the past – looking down into one of the last areas in England where ‘wilderness’ existed and people have met many challenges to survive.

The Fen Edge can be considered as (more or less) following the 5 metre contour (a ‘line’ where the land reaches 5 metres above sea level in height). This represents (very approximately) the maximum limit of the historic wetland. The land surrounded by the Fen Edge lies below 5 metres, with some of it even below sea level, and forms the ‘Fen Basin’. The map using the ‘hill shade’ shows how flat the fenland area is and gives an idea of the extent of the low-lying land.

From Peterborough, where the fenland reaches the heart of the city, the western edge of the Fens runs through Stanground, Farcet, Yaxley, Stilton, Holme, Conington to Sawtry, and then on to Woodwalton, Ramsey Heights, Ramsey, Ramsey Forty Foot, Bury and Warboys. Further south the edge passes through Pidley, Somersham, Earith, Bluntisham, Needingworth, St Ives, Fenstanton, Fen Drayton, Swavesey, Over, Willingham, Rampton, Cottenham, Landbeach, Waterbeach, Milton, and further on to Cambridge, another city with the fenland at its heart. The eastern part passes through Fen Ditton, Horningsea, Stow cum Quy, Lode, Swaffham Bulbeck and Swaffham Prior, Reach, Burwell, Fordham, Upware, Wicken and Soham before reaching Isleham and the Suffolk border.

Within the fenland there are several ’islands’ that lie above 5 metres, the largest of which is Ely (including Witchford, Sutton, Wilburton, Haddenham and Chettisham), with others being Whittlesey, Chatteris and March (including Doddington and Wimblington). Smaller islands include Manea, Stretham, Stuntney and Littleport.

Compared to the extensive wetland basin, the Fen Edge has provided humans with a safer and easier place to live for thousands of years. It has, therefore, been the location for many cultural, and often strategic, sites and has a rich history, much of it linked directly to the local geology. 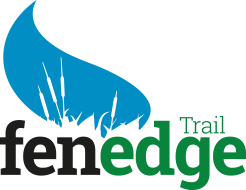 Work is well underway on our exciting project linking the geology and landscapes of the Fen Edge to the local history, culture and wildlife. An example of geology on the Fen Edge: Burwell

Burwell is an interesting area on the south east Fen Edge. Find out more about the local economic geology.