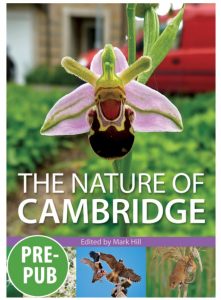 This new book, written by volunteers from the Cambridge Natural History Society, has now been published (October 2022). Cambridgeshire Geological Society was pleased to be asked to contribute the chapter on the geology and landscape of the city, as a background to the incredible amount of biodiversity described in the book.

A team of twenty five local naturalists, headed by Dr Mark Hill, studied the wildlife of Cambridge City from 2016 to 2019 and have recorded their findings in this impressive book. The project was called NatHistCam, with each local expert writing  a chapter covering their own specialism. For some groups of plants and animals the timescale goes back to the last century to assess effects from air pollution and global warming.

This is the first book to look just at the flora and fauna of Cambridge City and will be a benchmark for future studies. Greater Cambridge is developing so fast it is important we have a record of the wildlife and habitats that exist. The study area is an 8 × 8 km square centred on the north end Mill Road. It extends up to the A14 in the north, Trumpington in the south Cherry Hinton and parts of Teversham in the east, and the M11 in the west.

Two gardens in the city have each recorded a total of over a thousand species of insects, birds and mammals, including new species to the city and the county. Over 570 species of moths were recorded in a garden in north Cambridge including species new to the county. 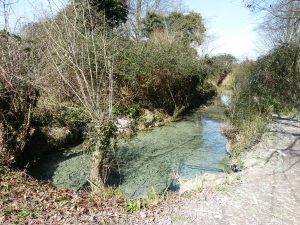 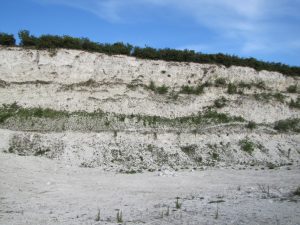 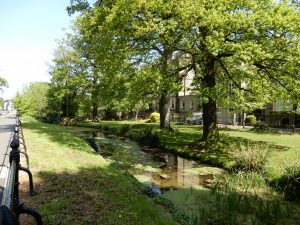 “These records are remarkable”, said Dr Hill “and show just what can be found in our every-day environment. The flora has the highest total outside the London area and an orchid last reported in 1770 was re-found. Every aspect of the natural history of our beautiful city of Cambridge is covered.”

The book is full of exciting and unusual records of the wildlife that lives around us. It includes chapters on all the flora and fauna of the city, geology, climate and urban development, as well as wildlife habitats and the effects on wildlife of future developments.

“The Nature of Cambridge” has been written for everyone, for the specialist and for those with a general interest in our wildlife and nature and is richly illustrated with original photographs. It has 322 pages, it is published by Pisces Publications and will be available from the city’s bookshops priced £27.50.