We were delighted that the author and Guardian nature writer contacted us in spring 2018 to say he’d like to walk some of the Fen Edge Trail, A bonus was that the day he chose turned out to be the sunniest and nicest of the year so far and he was able to enjoy walking from Stanground to Yaxley and then from near Woodwalton village to Upwood. En route, he called in to the Fen View Heritage Centre at Farcet, a couple of places in the Great Fen (near Holme Fen and Woodwalton Fen) and also the Admiral Wells pub at Holme village. Patrick enjoyed his time along the Fen Edge and is now a fan of this fascinating and (perhaps) unexpectedly attractive part of the county, as you can see from his article in the Guardian travel section, published Saturday 21st April.

“Feathery reeds rise from dykes, bullrush heads turn to candyfloss in the spring and two red kites soar high on thermals in a blue sky. The only sounds are a skylark’s song, the amorous grunting of hidden toads and the occasional distant drum-drum of a high-speed train.”

“The Fen Edge Trail is an illuminating new route through an overlooked landscape that is weirder than any other, and becoming wilder once again.” 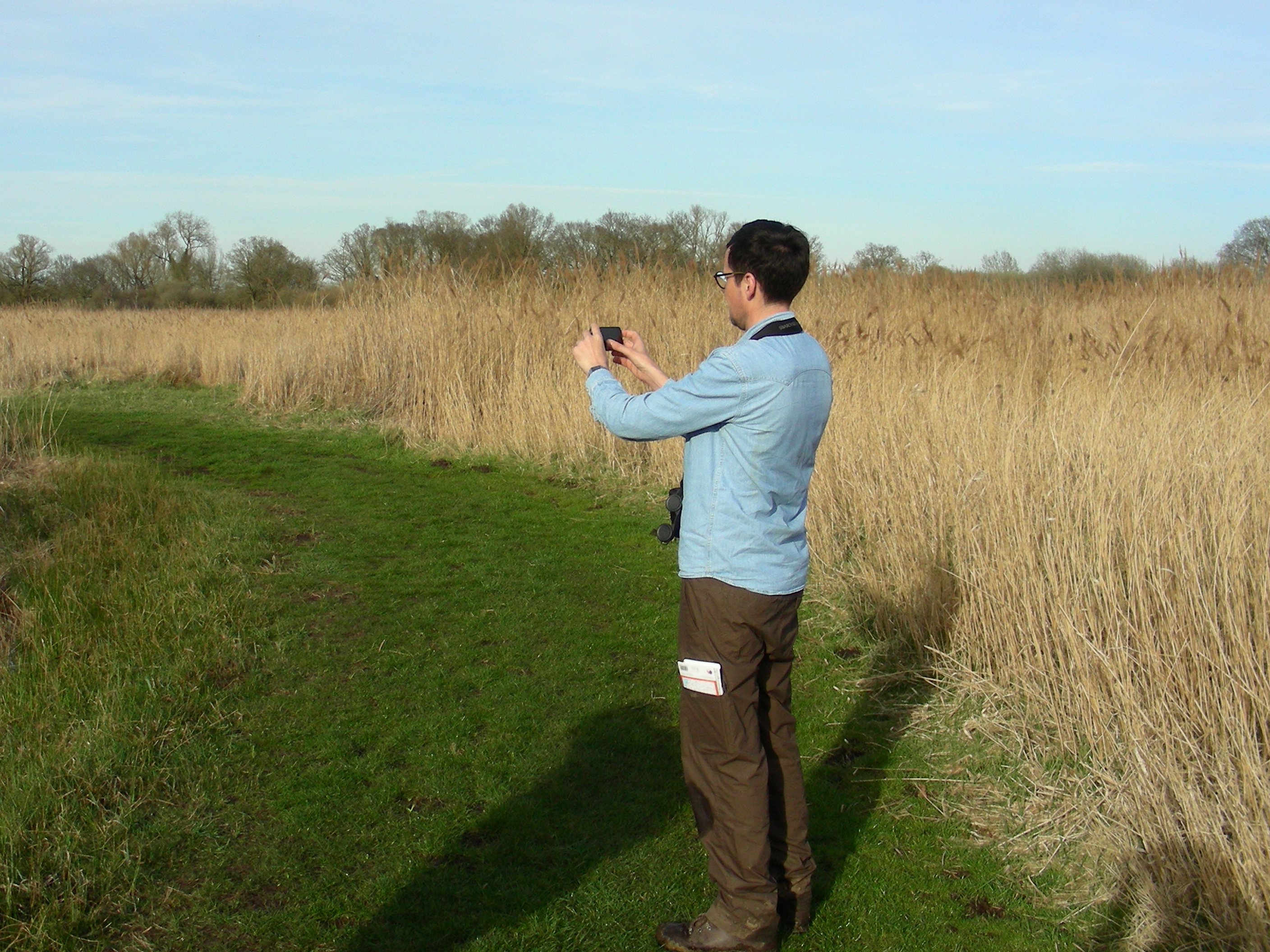